Central Eastern Europe needs a new economic growth model – that’s the conclusion of a study by the Vienna Institute for International Economic Studies that has been commissioned by Friedrich Ebert Foundation.

Central Eastern Europe (CEE) has undergone a profound transformation over the last thirty years. This transition from state socialism to modern market economies has gained additional momentum in recent years. The growth rates of many CEE countries have been well above the European average in the past decade. Unemployment in the region is low, as is public debt. Technological and industrial know-how has improved constantly. In purchasing power-adjusted measurement, the more successful economies of Central Eastern Europe are catching up or even overtaking the per capita income of the countries of the southern Eurozone (Spain, Portugal, Italy, Greece).

Yet, while the CEE economies have been able to narrow the gap to the EU average, the gap to the successful post-industrial economies of Northern and Western Europe remained relatively stable. This reflects the peculiarity of the "dependent" growth model of Central Eastern Europe after the fall of communism: The countries of the region have integrated themselves into the European division of labour as providers of labour- and energy-intensive industrial production. However, this successful positioning as "factory economies" has come at a price: The decisive technological competences and the more value-intensive parts of production have remained in the "headquarters economies" of Western and Northern Europe.

Running out of steam?

Various indicators suggest that the successful catching-up process of the Central Eastern European "factory economies" will come under considerable pressure in the coming decade. Raising environmental requirements, especially concerning climate protection, a profound technological change in the automotive sector, digitalization of production and logistics processes and changing demographics threaten to undermine the basis of the economic model of the region.

CEE economies face the challenge of coping with this adjustment pressure. They will have to change their economic profiles towards higher productivity and technological competence. This adjustment is demanding. It can only be successfully managed through an appropriate mix of public policies and adjustment strategies by the region’s companies and firms. The investment boost to be initiated by the "NextGenerationEurope" fund offers an outstanding opportunity to set the course towards increasing productivity and reducing CO2 emissions in the region in the coming years.

The authors of the study identify six priority areas for action to make sure the region makes full use of the "substantial opportunities for EU-CEE in a greener, digitized, automated world":

Political, social and economic actors must understand these processes and accompany them with active political initiatives. By doing so, they can ensure that the changes that are taking place correspond to their ideas of prosperity, quality of life, decent work and the protection of the environment.

The economic growth model of Central Eastern Europe needs to be renewed. This is the main finding of a common study by Friedrich-Ebert-Stiftung and the Vienna-based wiiw. In this interview, the main author of the study, wiiw Deputy Director Richard Grieveson explains the most important aspects of this renewal process. This renewal – based on technological, ecological and social innovation - offers the political left in the region a historic opportunity to overcome the hegemony of neoliberal and conservative concepts and ideas. 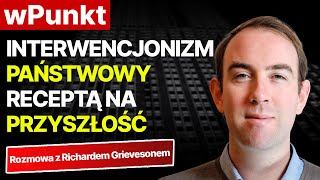 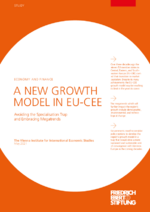 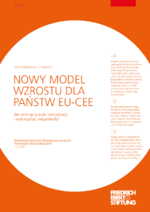 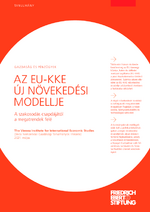 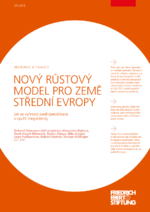